Sisig recipe – Sisig recipe is a Filipino dish comprising hot and sizzling fatty pieces of pork with crunchy, sweet purple onions mixed in tangy lime juice and savoury soy sauce dressing. It is a marriage of flavours like no other.  The tanginess of the lime perfectly complements the heat in the chilly and the saltiness of the pork.  It is the perfect food to have while knocking down a few pints in the pub.

What Is Sisig Recipe?

Sisig recipe comes from the word “sisigan”, whose literal meaning is to make something sour. The earliest origins of this dish trace back to 1732 as a sour salad that included green papaya or green guava, eaten with a dressing of salt, pepper, garlic, and vinegar. The excessive sourness of this dish was what enabled it to be a cure for vomiting and hangovers.

Though this dish has been around for some time, it gained immense popularity in the mid-1970s when it was reinvented by Lucia Cunanan, a Filipino restauranter. While grilling, she burned the pig ears accidentally but did not want to waste or throw it out; she chopped it up and mixed it with vinegar. She then took it a step further by serving it on a sizzling hot plate, which enabled the meat to stay soft but crispy. She has since been called the sisig queen affectionately and put Angeles city on the map as sisig capital. Thus this dish became one of the most famous dishes of Kapampangan cuisine.

Traditionally this dish uses the unwanted parts of the pig, such as the face, including the cheeks, snout, and ears. It also has chicken liver, pig brain added to the preparation, and onion and calamansi. This small, round, green fruit is so tart that even just a quick squeeze of the fruit over your favourite food is bound to pack a flavorful punch. Due to the rise in healthy and clean eating, local chefs have started experimenting with ingredients other than pork, such as squid, tuna, and tofu, so that people can still enjoy this flavourful dish. There is also chicken sisig which is an excellent advantage for those who don’t enjoy eating pork.

While the modern sisig has evolved largely, authentic places still use the pig ears but have now included the pork belly for a fatty flavour. Some restaurants have taken it a notch higher with the addition of pork cheek, liver, snout, or pork shoulder/butt.

In short, sisig is a delicious crispy pork salad. It has a combination of savoury and fatty flavours from the grilled pork, and this is topped off with fruity citrus from the limes (or calamansi) and sweetness from the purple onions. 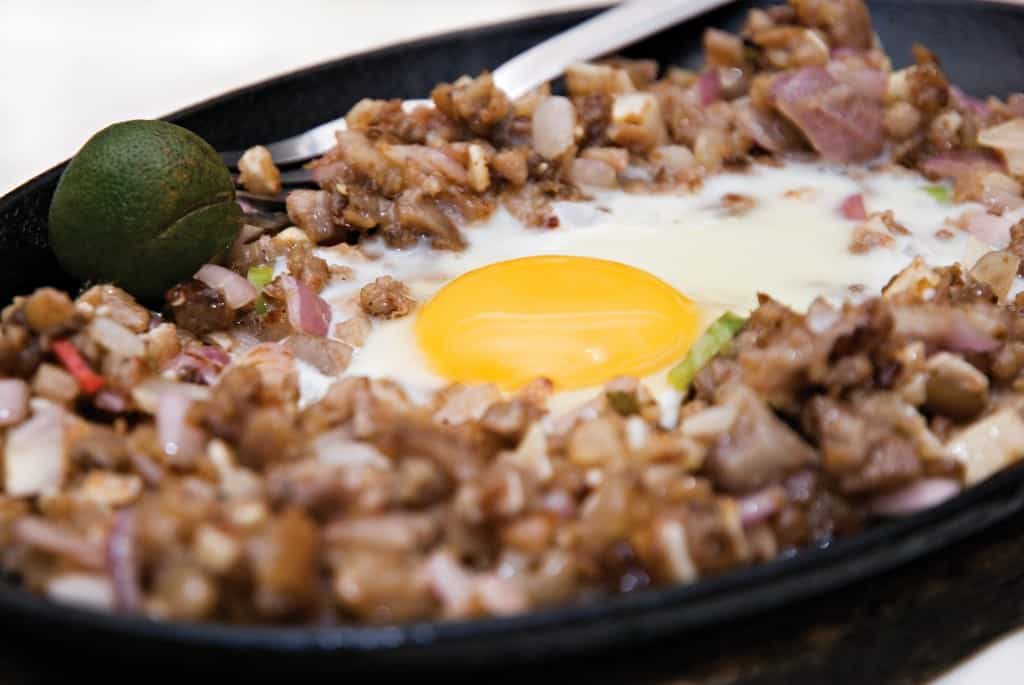 How to make Sisig recipe? 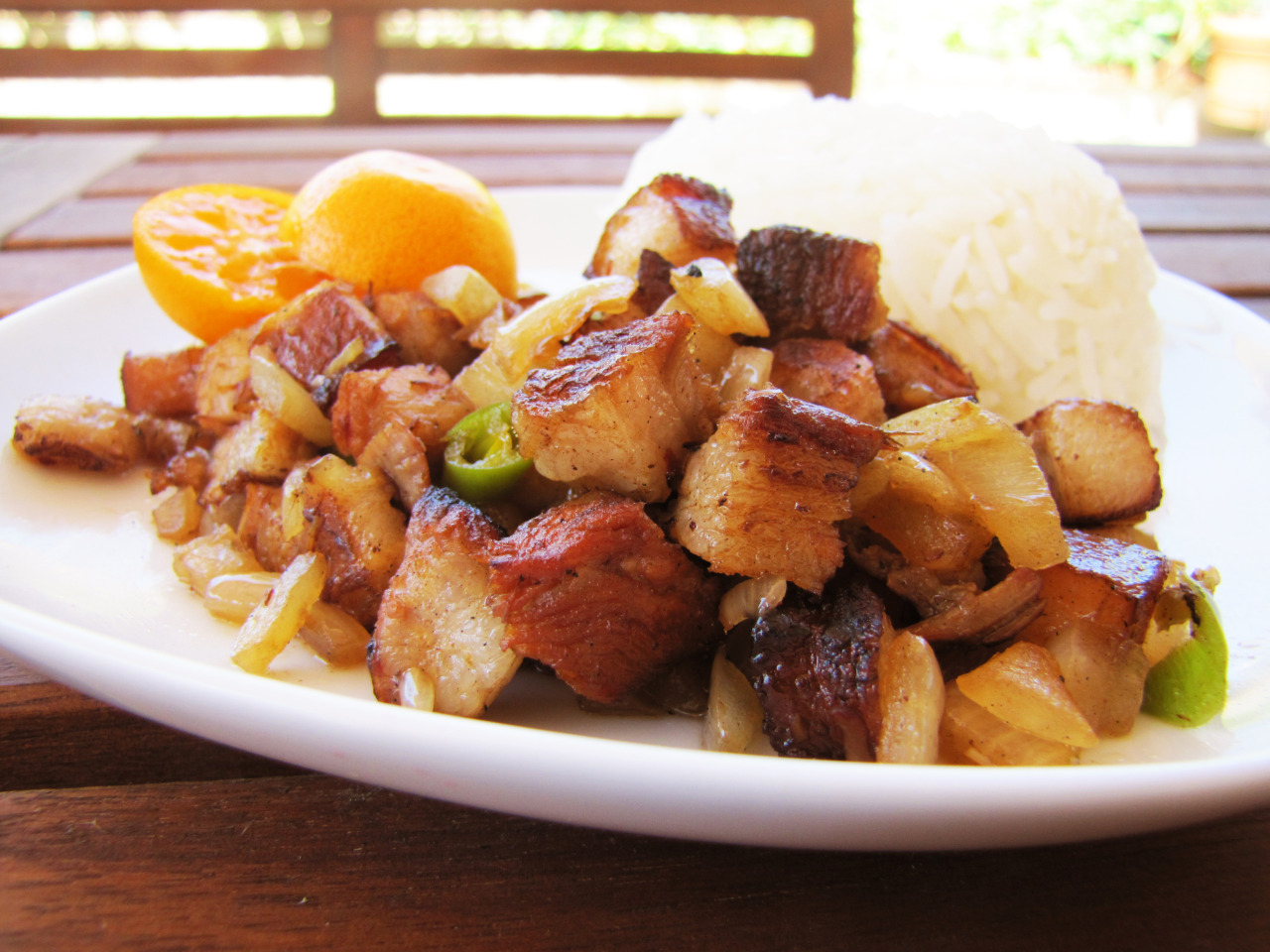 Sisig is a delicious and spicy Filipino dish that’s sure to awaken your taste buds. With its savory combination of meats, herbs, and spices, this dish is a staple of Filipino cuisine. Whether it’s served as a main course or as a snack, it’s sure to be a hit with your family and friends. So why not give this Sisig recipe a try today and discover the amazing flavors of the Philippines? Your taste buds will thank you!