Everyone has a different definition of comfort food. However, you will agree that soups have always been a comfort food. Whether you drink it hot or cold, soups play an essential part in the food cycle.

Pho is a traditional Vietnamese soup that has gained popularity worldwide in recent times. The soup is usually prepared with a meaty broth, various herbs, rice noodles, and chicken, beef, or tofu. Pho is commonly consumed during the winter seasons to keep you warm from the cold weather outside. The ingredients of Pho may vary from restaurant to restaurant. But the nutritional value of the soup is something you should consider. 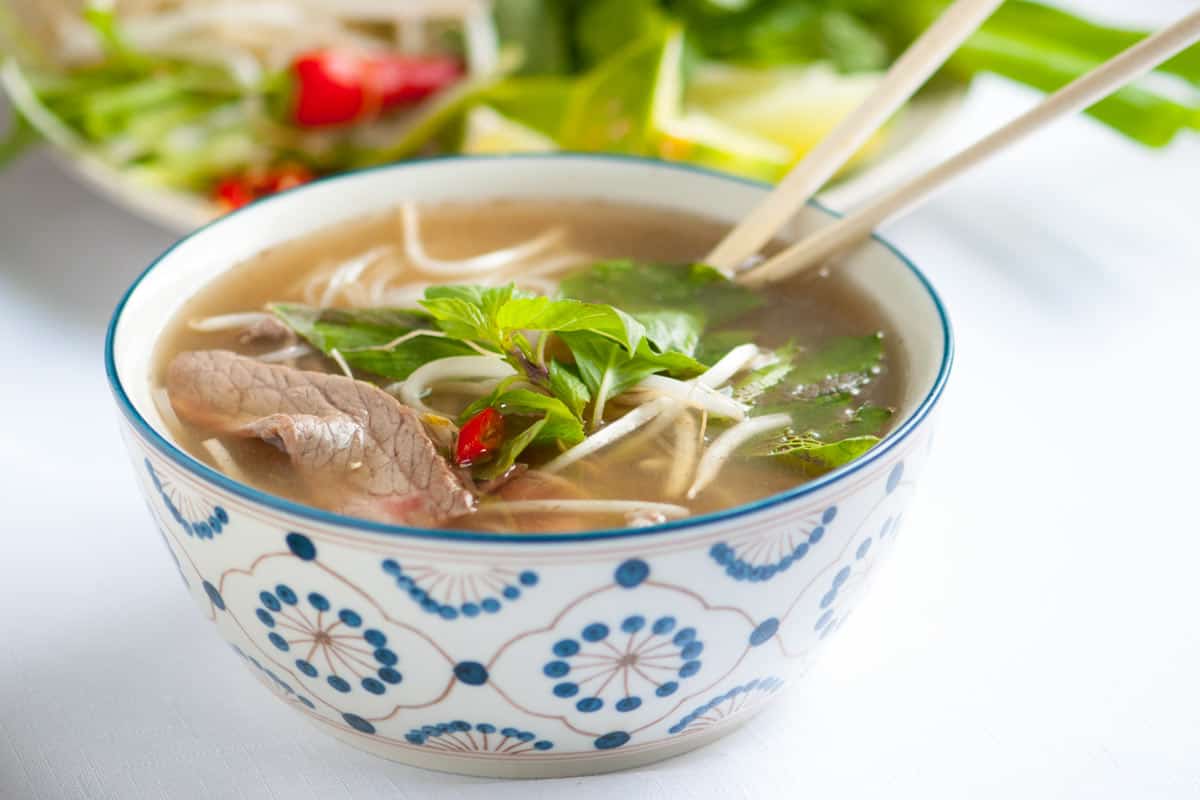 The nutritional content of one serving of Pho soup

You will also get vitamins, minerals, nutrients such as Vitamin A, Magnesium, and Iron in your Pho soup.

Pho has often been considered for its health benefits. The soup is responsible for keeping you warm and cosy on a cold-weather day. Also helps in protecting you from winter illness, cough, and cold. Consumption of hot soup promotes immunity and helps you fight against any diseases. However, the nutritional benefits will ultimately depend on the ingredients used to prepare the Pho Soup.

Let’s look at some incredible facts about Pho Soup

Pho soup is a nutritious source of food. It is easy to prepare and considering its health benefits; you should opt for Pho soup. It helps keep the calorie count in check, reduces pain, aids in digestion, is gluten-free, and most importantly, is an excellent source of protein.

We hope you liked our Pho Nutrition Facts. For more such information, follow our Blog, foodiewish.com.