Amazing Croissant Nutrition Facts You Won’t Like To Miss!

Viennoiserie pastry, a croissant, has a light, flaky, buttery texture. A yeast-leavened dough is used to make croissants. Laminating is a process that involves layering the dough with butter, rolling and folding it repeatedly, and finally rolling it into a sheet. The final product has a flaky, layered texture that resembles puff pastry.

Any praline, almond paste, or cocoa may be wrapped around the uncooked croissant dough before baking (in this case, it turns like pain au chocolat, a different, non-crescent form) or sliced to contain either sweet or savory ingredients. A variety of dried fruits, such as sultanas or raisins, as well as other fruits like apples, may be used to flavor it. However, including croissants into a balanced diet may need some portion management. The popular baked product has a high caloric and saturated fat content due to its butter content. However, if you follow a few simple dietary rules, you can still enjoy croissants and lose weight.

Let’s have a look at the amazing Croissant nutrition facts in detail.

The USDA provides nutrition information for one large croissant (67g). 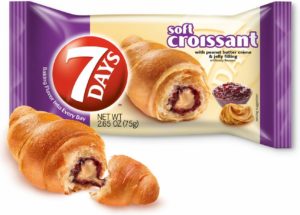 Some Other Amazing Facts 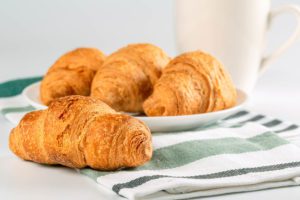 We hope you found this article on croissant nutrition facts helpful.