Amazing Pepsi Nutrition Facts  – Pepsi has become an iconic element of worldwide pop culture, thanks to advertising starring Michael Jackson and Ray Charles and a long-standing rivalry with Coca-Cola.

Caleb Davis Bradham, a North Carolina druggist, was the one who came up with the idea for Pepsi-Cola. Bradham opened a soda fountain in his business in 1893 and started selling “Brad’s Drink” to customers. Bradham dubbed the beverage Pepsi Cola five years later because it helped prevent dyspepsia, a digestive disorder (indigestion).

Now, Let’s have a look at the amazing Pepsi nutrition facts in detail. Pepsi Calories – How many calories are in a Pepsi Can?

You’ve probably wondered how many calories a can of Pepsi contains.

Because the quantity of calories in each drink varies based on how many ounces you consume (12 oz. can or 20 oz. bottle).

Let’s look at how many calories you could be eating by drinking a standard Pepsi and see what we can learn.

Approximately 150 calories are included in a 12-ounce can of Pepsi. Compared to its 16-ounce version, which has 200 calories, this is a significant difference. As you can see, the additional 4 ounces in serving size results in an extra 50 calories.

On the other hand, if you look carefully at the Nutritional Facts, you’ll see that they are based on eight fluid-ounce portions.

For example, the calorie count on a 1-litre bottle of Pepsi will be 100. However, it is based on an eight-fluid-ounce serving.

One Liter of liquid contains about 33 ounces. A litre of Pepsi will have at the very least 400 calories, if not more. The 1.5 Liter bottles only add around 200 calories, bringing it to roughly 650 calories total.

High fructose corn syrup (HFCS) is the most frequently added sugar found in drinks such as Pepsi.

What’s the difference between the two? For starters, there are natural sugars like fructose, sucralose, table sugar, etc. Added sugars, as we previously discussed, are similar to your HFCS. It’s impossible to estimate how much sugar is included in each Coke can individually, though. However, we can guarantee that you aren’t drinking almost 100 grams of sugar in a single can of soda.

For starters, a 20-ounce bottle has 69 grams of total sugar, around one teaspoon.

According to Pepsi, one Liter will have around 116 grams of sugar. However, its 1.5 Liter equivalent will include more than double the total sugars found in one twenty-ounce container. Finally, there are 216 grams of sugar in the 2-litre container.

By now, you’ve probably seen a trend. The greater the amount of food you consume, the more calories and sugar you ingest.

Also, you can try the Pepsi Cola which is the bold, refreshing cola perfect for parties, meals, and anywhere you need to make a big impression. What is the calorie count of a 32-ounce Pepsi?

First, we’ll look at the 32-ounce size, the most common.

A typical example of this would be the large-sized fountain drinks available at your neighbourhood convenience shop.

However, the former has a few calories less than the latter. How many are we talking about? To be precise, it has 410 calories.

When you combine it with the other foods you’re eating, you’re probably ingesting a significant amount of calories overall. 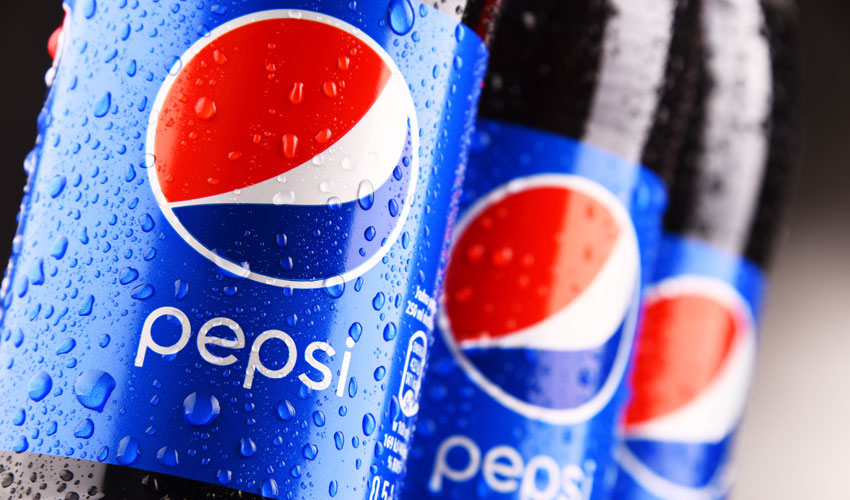 “Because Pepsi is sweeter than Coke, it had a significant edge in a sip test immediately away.” Pepsi is also distinguished by a citrusy flavour explosion instead of Coke, which has a more robust raisiny-vanilla flavour. Pepsi has a minor advantage in terms of sugar, calories, and caffeine regarding nutritional value. Coca-Cola contains a tiny amount of salt.

Nutritional Values Added sugars are included in the 39g total carbohydrate, 14 per cent. Seventy-eight per cent of the population has high cholesterol (0 mg/dL).

It has been shown that consuming large quantities of sugar-sweetened drinks, such as soda, may have several adverse effects on your health. There are several consequences of smoking, from greater possibilities of dental decay to a higher risk of heart disease and metabolic illnesses such as type 2 diabetes.

We hope you liked our Pepsi Nutrition Facts. For more such information, follow our Blog, foodiewish.com.