Chili’s Fajita Recipe has grown quickly from a fast street food snack to an item of indulgence in restaurants.  It is typical Mexican food with several ingredients wrapped into a soft tortilla.  A fajita may be stuffed with many foods, including chicken, beef, vegetables, and beans.  It is a traditional food that can be found in almost every Mexican home.

There are now several variations of the dish that are prepared all over the World.  The famous American restaurant Chili’s offers some of the best fajitas, but you can very well create the same flavours in your kitchen at home.  This recipe comes very close to creating the authentic fajitas offered at the restaurant, and the best part is that it comes at half the price, served right in your home.

To be used in the marinade

To be used in the Sauce for Chili’s Fajita Recipe

To be used in the Fajitas

To be used as Toppings Points To Help You Make The Best Tortillas 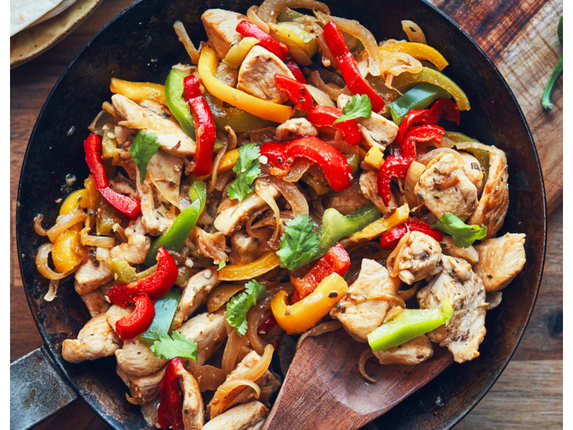 In conclusion, Chili’s Style Grilled Chicken Fajitas is a delicious and flavorful dish that’s perfect for any occasion. The combination of seasoned chicken strips, peppers, and onions, all grilled to perfection, makes for a satisfying meal that’s sure to impress. With this easy-to-follow recipe, you can enjoy the taste of Chili’s in the comfort of your own home. So gather your ingredients, fire up the grill, and get ready to savor the delicious flavors of this classic dish!