Gefilte Fish recipe or stuffed fish is a dish made popular by Ashkenazi Jewish households and served during festivals like Passover and Rosh Hashanah.

What Is Gefilte Fish?

Gefilte fish is a dish that is made of filleted groundfish such as carp, pike, and/or whitefish. This is then combined with matzah meal, egg, and seasonings, after which it is either boiled or baked. Originally before the 16th century, the groundfish was then stuffed back into the intact skin of the whole fish. Thus the origin of the name ‘gefilte’, which is the Yiddish word for stuff.

For The Fish stock:

For The Fish cakes: 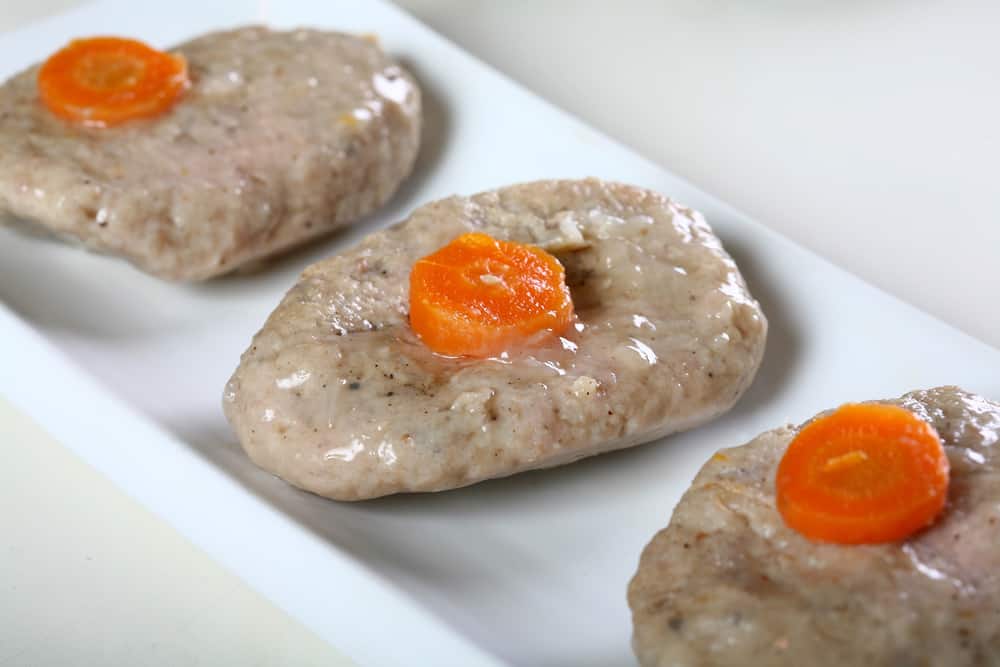 If the smell of fish is overwhelming after preparing this dish, place a pot of water with chopped lemon and a few cinnamon sticks and let it boil on low heat for at least an hour, it will remove the fishy smell completely from the house.